Most insurance claims are, by nature, predicated on misfortune. As the customer cashes in coverage they hoped they would never need, they're picking up the pieces after an auto accident, a damaging storm, a health issue, etc. So a claims process that's disjointed and inconvenient only makes a bad situation worse.

That could (and does) spell attrition for insurance providers that don't cultivate a pain-free claims process and adopt the latest channel strategies—especially conversational commerce, which we'll define in a moment. A 2018 study from Accenture found that the “switching economy" costs insurers almost $6 Billion every year in premiums, and that the simple act of filing a claim makes a customer 20 percent more likely to switch providers.

Simply put, conversational commerce is the idea that customers should be able to communicate with businesses in the digital age the same way they communicate with people—through instant messaging. Businesses, in turn, can leverage their presence in consumer messaging apps to provide faster, more contextualized service and information.

To be clear, we're not talking about proprietary apps with a built-in chat feature. Even if their insurance provider has a public app, most consumers aren't aware of it. Either that, or they forget it's on their phone, uninstall it to free up storage, or simply find it cumbersome to use. It's no secret that consumer mobile apps suffer from staggering churn rates (80 percent of users churn within 90 days, on average, according to Statista). But a small contingent of social, lifestyle, and communication apps hold perennial mind share because of their universal utility.

With over 2 billion users in 180+ countries, the global messenger WhatsApp potentially represents one of the greatest untapped opportunities in conversational commerce, especially since the debut of the WhatsApp Business API in 2018. And with features like secure file sharing, photo sharing, and voice and video calling already built in, WhatsApp offers unique advantages for insurance companies handling claims that require flexibility and speed.

Let's take a closer look at some of the ways providers can use WhatsApp integration to improve the claims flow.

1. Start the claim when and where it matters

One of the most important factors in a claims process is how quickly the customer can initiate it after a causal event. In an already stressful situation, having to remember a phone number, a website url, or download an app adds more cognitive load and may sour the claimant's experience before it's even begun.

Bringing the process into WhatsApp means most customers will have instant access to help through a channel they already know and use—no need to locate a computer or wait on hold. Furthermore, agents can use the platform's native geolocation permissions to find the nearest repair facility, tow service, care provider, etc., giving customers close-by solutions to their immediate needs.

2. Simplify the reporting process for customers

Beyond just starting a claim, WhatsApp integration paired with the right automations can allow customers to easily complete required forms and submit the necessary information to begin processing. Instant messaging is a perfect format to facilitate step-by-step guidance and connect conversational responses to back-end data entry.

The app's built-in encryption also allows for secure transmission of almost any file type, whether that includes medical receipts, damage photos, or scanned PDFs. The same process handled over email could take days or longer, thanks to low open rates, incorrect email addresses, or issues with spam filters.

Conversational commerce is not only good for insurance customers; it also helps provider companies save time and money by turning tedious decentralized tasks into automated flows that can be supported by a chatbot and/or macros.

For example, you could take a list of the 25 most frequently asked questions and create pre-programmed responses that are easily disseminated without direct human interaction. This frees up agents to spend more time on nuanced requests and on the claim itself. In many cases, agents will be able to handle multiple claim reports at the same time without noticeable degradation of service quality.

Global health insurance company Cigna, for example, leveraged the WhatsApp Business API with their Hong Kong customer base to improve resolution rate by 91 percent and speed up response time by a factor of three, according to Facebook.

Keeping accurate data is a vital component of the claims process. Claimants need the ability to see instant status and updates, and providers need to understand how each customer's interaction record and claims history stacks up, as well as how the broader current of transactions is flowing.

With the right integration partner, insurance providers can extract useful metrics, quotes, claim details, and communication logs from WhatsApp and easily feed them into existing customer knowledge base. By using automation platforms such as Microsoft Power Automate, companies could even integrate the WhatsApp capabilities with any apps they use for marketing, sales and service.

Providing expedient claims service to customers abroad can prove to be a unique challenge, considering the inconsistency of telecommunications and cellular data coverage outside of the U.S. As the world's most popular messaging app, WhatsApp is an obvious choice for maintaining a connection to customers, regardless of where they travel.

Some providers are already doing just that—like Now Health International, a global health insurance provider that prides itself in being “clear, innovative, and accessible." Now Health is one of the first, but certainly not the last health providers to implement WhatsApp for Business and allow customers to reach them instantly from anywhere on the consumer messaging platform.

While many well-known consumer brands like Mariott, eBay, Sephora, and Taco Bell are already exploring the ways conversational commerce can add value to their customer relationships, the space is still gaining a toehold in the insurance sector.

If anything, that means leading edge providers have a chance to adopt and innovate early, differentiating their service in a crowded market of lookalikes as a brand that talks to its customers on their own terms. 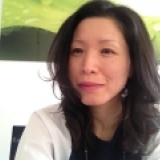